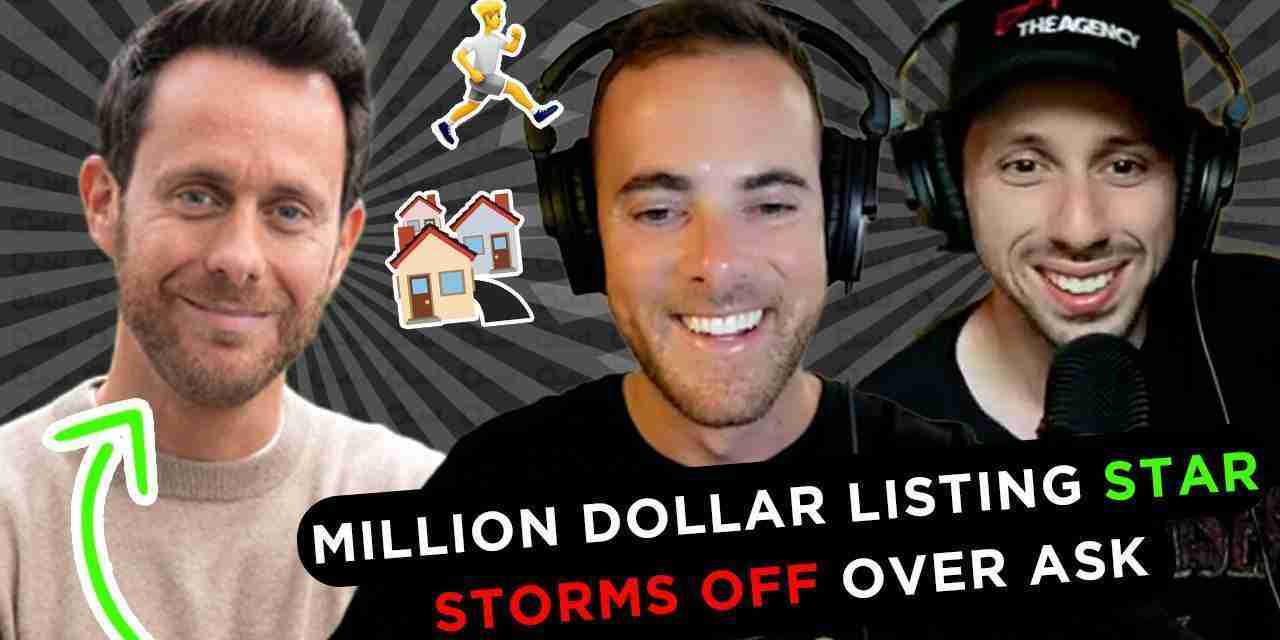 On this week’s episode of Over Ask Podcast, Matt Lionetti and The Broke Agent sit down with former star of Million Dollar Listing Los Angeles David Parnes. David’s real estate team, Bond Street Partners, which he co-founded with James Harris, recently ranked #12 in the nation.

In this episode, we cover David’s experience with door-knocking, developing a track record, and the impact of rising mortgage rates on high-end property sales.

From the start, David and his business partner James Harris went door-knocking together. In order to decide who would walk up and knock on the door and who would wait in the car, they did what any team would do: play rock-paper-scissors.

They had zero idea what they were doing, but they did it anyway. The first door David knocked on happened to be Dr. Dre’s house. Nervous but determined, he gave his pitch and left his card. Afterward, he reflected on his performance and decided on a rating of “useless.” But the key to getting better at it was to keep doing it and to learn and improve with each new experience.

The more no’s they got, the more motivated they became. In 99% of the more luxe neighborhoods, they wouldn’t get past the security gate the first time. But once they reached the end of the street, they’d turn around and start again.  They set out with a commitment to working harder than anyone else, staying in their lane, and never giving up.

That quandary combined with the influx of developers drove them to consider tear-down properties, which became their focus – partly because developers don’t care much about a realtor’s track record.

David and James found that if you’re good to a developer, the long-term benefits are huge.

“Suddenly, we’re getting our name out there as these teardown sellers, and at the same time, inadvertently, we’re building this massive pipeline up. Because all these houses are under construction, and right now, we have about a billion dollars of inventory, because we’ve sold all these teardowns over time.”

Changes to the market with rising mortgage rates

Matt and Eric brought up the rise in mortgage rates and asked what David is telling his clients right now.

David started by pointing out that real estate is still a great investment. In a pinch, you can rent out the property, and rents are sky-high right now. Also, your real estate doesn’t carry the risk of suddenly vanishing or dropping to zero-value like crypto or stocks.

“Bricks and mortar are very, very safe. And I think what I’ve noticed is a lot of people liquidating their crypto and their stocks to go into real estate for that exact reason. And I promise you that has also contributed to the stock market sell-offs… The best hedge against inflation is real estate.”

He also attributed some of the lower mortgage demand to the simple fact that there are fewer houses available. If a buyer can’t find a home to purchase, they won’t apply for a mortgage.

Is the shift in the market an advantage for realtors?

Eric brought up the fact that the shift in the housing market has given realtors a chance to be the educator – or “knowledge broker” to borrow a term from Tom Ferry – for their clients.

The change in content is exciting for The Broke Agent – a welcomed change from posting about low inventory and an insane sellers’ market over the past two years. David is enjoying it, too.

“When shifts like this start to happen – people who just get their licenses during COVID and people just getting into real estate for the sake of it – it really starts to weed those people out. And it concentrates the market share on the real producers, the people who really take this as a serious full-time job. So, it’s like a cleanse, in one respect.”

Matt asked David what he splurged on when he received his first big commission check. David admits he was reckless. Managing his money was probably the hardest part, and for the first three years of selling high-end real estate, he didn’t have much to show for it.

“It wasn’t a splurge. It was splurges…. You read about celebrities, actors, and they end up bankrupt, because it doesn’t matter how much you’re earning; it matters how much you’re spending. It took me a long time to figure that out.”

Eric brought up David’s and James’s email newsletter, The Blueprint, and asked how that started and how it’s going.

“We created what we basically always wanted, and that is literally taking the current affairs, taking the latest news pertaining to the economy or to real estate and giving our take on what that means from our perspective.”

They keep the newsletter concise and ADHD-friendly. You can sign up for it for free, get it in your email inbox twice a week, and read it in about five minutes. They have referral programs, offer Zoom meetings and shout-outs. And, as expected, their open rate is high.

Watch the full episode for more.

55,000+ agents choose BoomTown over any other competitor to make success easy. The best CRM in the game. Learn more about BoomTown and get equipped with all the tools you need. 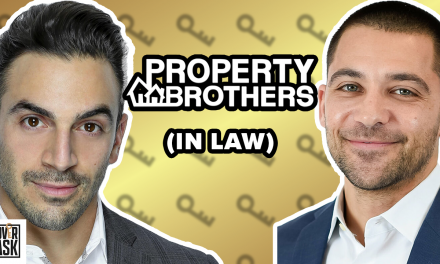 Property Brothers-in-Law: Who Needs HGTV When You Have Instagram? 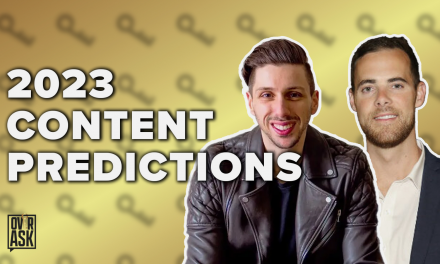 Why This Agent HAD To Climb Mount Everest